A record turnout of more than 300 of South Africa’s hairdressing community attended the Wella TrendVision 2019 Award on Sunday evening at Emperors Palace in Johannesburg. The event, hosted by Modern Hair & Beauty, was filled with creative excellence, entertainment and fierce hair fashion.

As the opener, Reto Camichel brought to the stage his tactile and form-inspired Reto Sculpt show. Raw clay was used as a means to connect with the 3-dimensional aspect of hairstyle creation. Reto meticulously sculpted upon a model’s head building form and shape and movement within the clay. His show has recently been performed to critical acclaim in Germany and the US.

This was followed by the much-anticipated presentation of the TrendVision Color Vision and Creative Vision finalist styles. The audience responded generously to the visual beauty of every piece presented on the stage. 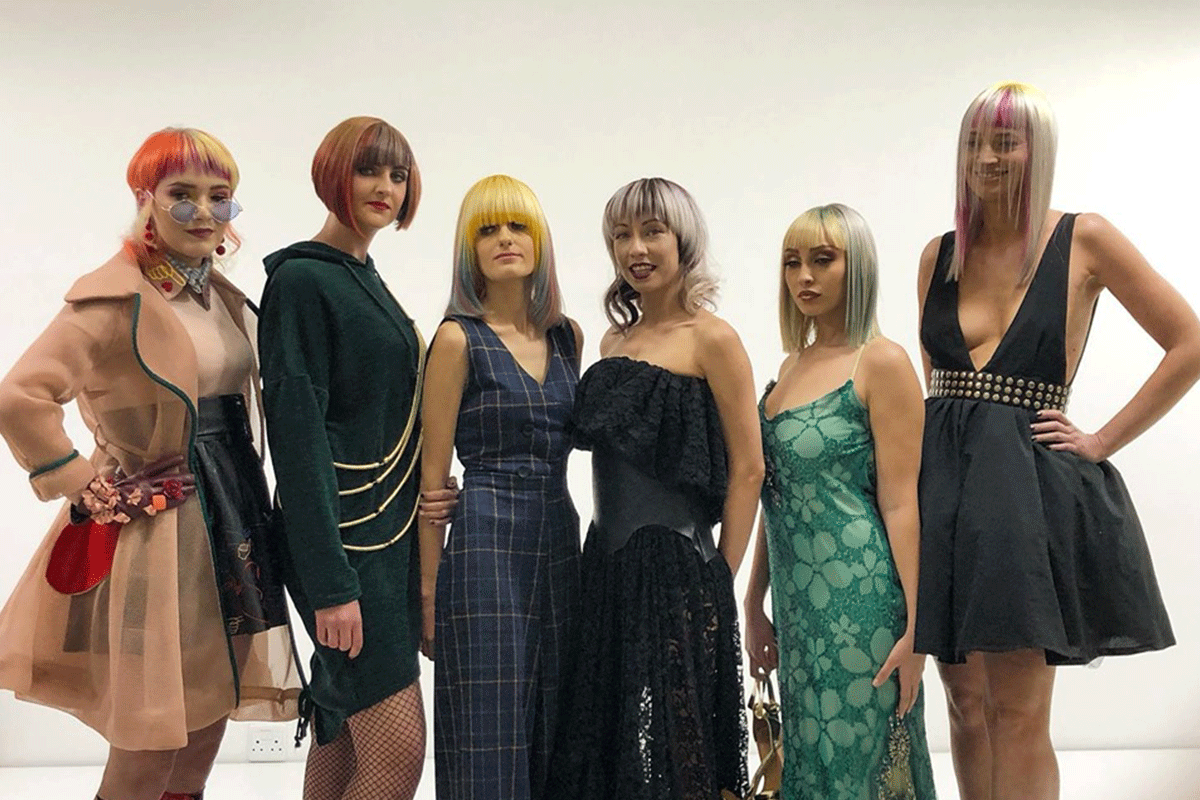 What came next was sensational! Intercoiffure, under the leadership of President Ezra Isaacs and concept artist Anita Baatjes, showcased a stunning narrative journey through colour. The storytelling began with the physical interpretation of Wella’s new KPME+ in the form of a spike-haired woodland nymph. The nymph led the audience on a journey that included tones represented by wild animals, a crystal-like snow queen and bright-haired fairies. A surprise twist in the narrative was the unveiling of the KPME+ iconic collection by Johannesburg Intercoiffure stylists. The Intercoiffure show ended in a dramatic flair with a display of highly creative Avant Garde styles. 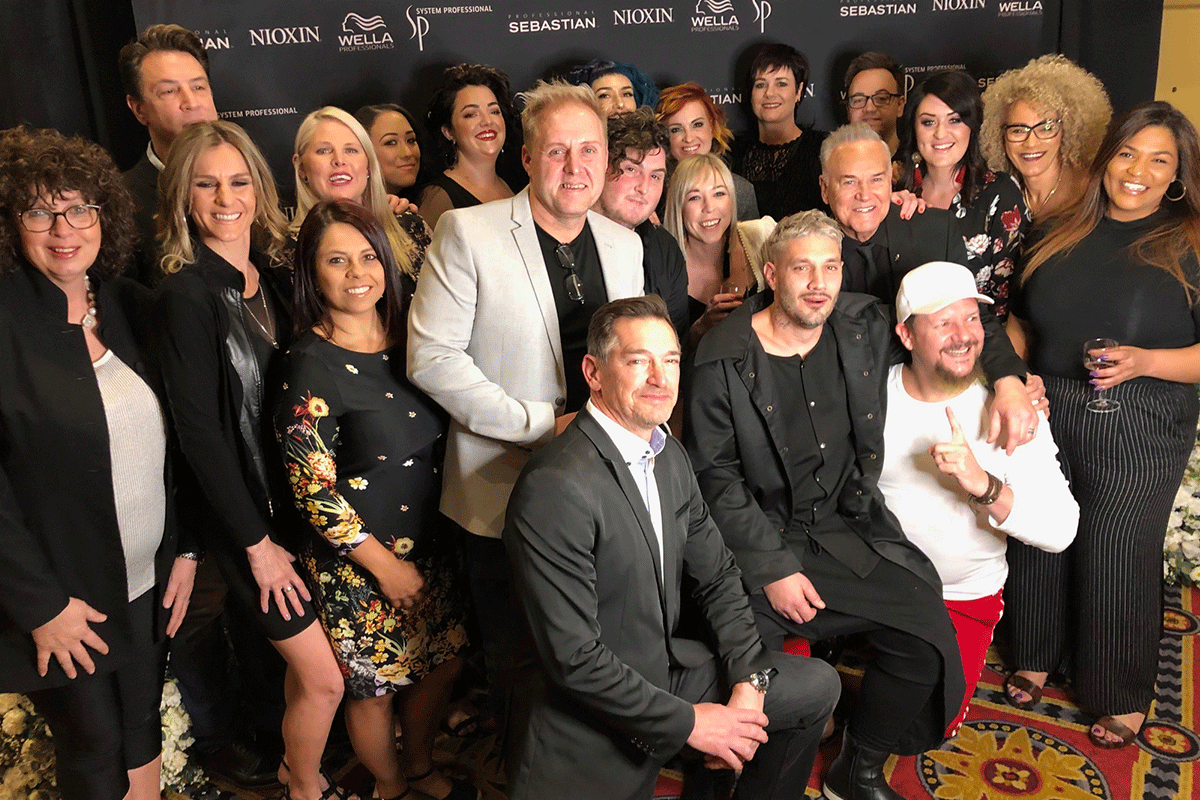 After a short breather, the graduating class of 2019 Master Color Expert Programme was presented with certificates of achievement. Singled out amongst the class of 26 graduates were top achievers, Nelmari Kruger (94,5%), Nicolas Anamourlis (94,4%) and Grant Harper (90%). Wella educators Mariska Treurnicht, Sheila Da Silva and Sybil Johari were recipients of awards for Excellence in Education.

Chris Stofberg, MD Modern Hair & Beauty, bade a moving and fond farewell to industry icon and doyenne, Theresa Gouws. Theresa has retired with her husband to the quaintly named Paradise Beach in the Eastern Cape. She will continue to service the industry as an independent educator.

TrendVision Color Artist 2018, Guy Kleinhaus took to the stage next. As a charismatic and natural performer, Kleinhaus took an active role in showcasing youth culture. A visual dichotomy of austere and monochromatic clothing offset by fun, vibrant hair colour served to represent a culture with the choice of freedom of expression. Kleinhaus and his cast ended the show perfectly with a flurry of pouty groufies.

The show continued with 2 time TrendVision winner, Kelly Greening, showcasing the future of ethnic hair. Greening’s entirely ethnic cast wore gritty and punk-like colour creations that were then converted into entirely new looks with the addition of funky and intricate hairpieces. 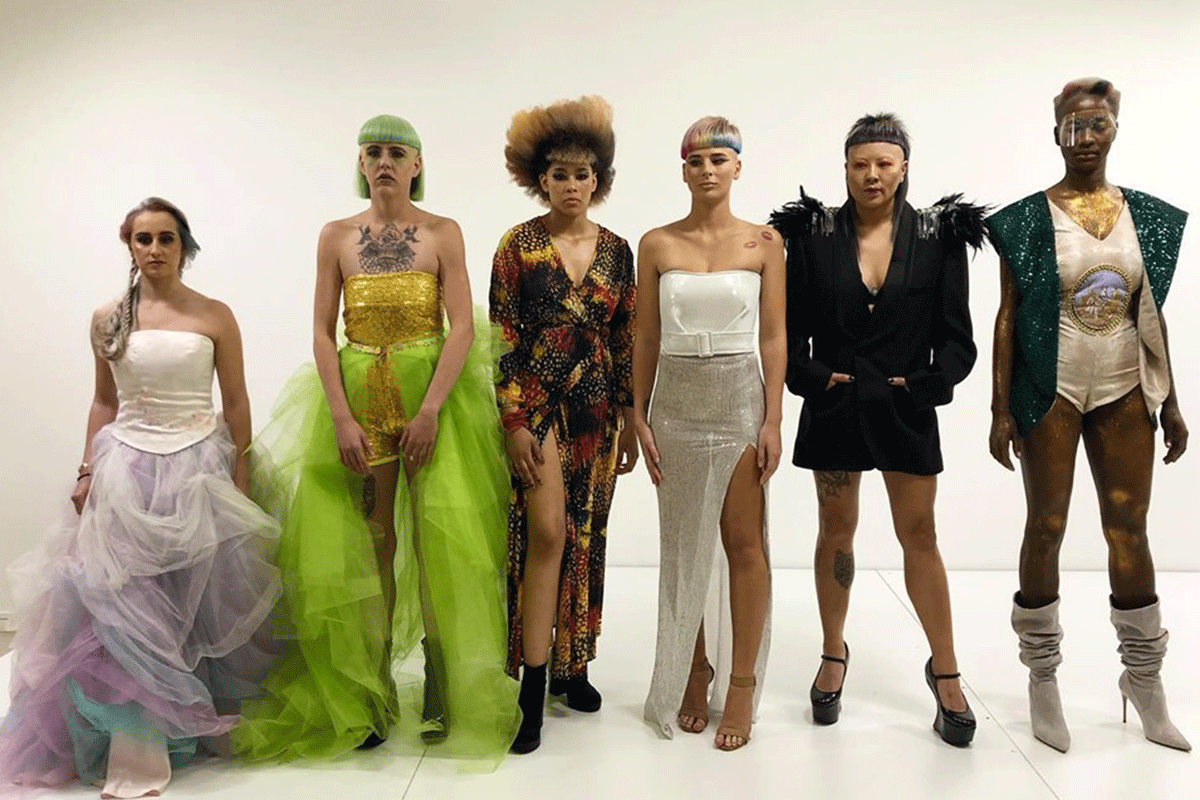 With the highlight of the evening drawing nearer and the finalists preparing backstage for the announcement of the TrendVision 2019 winners, Modern Hair & Beauty took the opportunity to present its annual Business Awards. Chris Stofberg and Leonard Watts, National Sales Manager presented the following awards:

With the highlight of the evening drawing nearer and the finalists preparing backstage for the announcement of the TrendVision 2019 winners, Modern Hair & Beauty took the opportunity to present its annual Business Awards. Chris Stofberg and Leonard Watts, National Sales Manager presented the following awards:

Wella Professionals Colour Salon of the Year 2019: The Salon, Bloemfontein

Kadus Professional Colour Salon of the Year: Hair I am, Durban

Chad Hanna delivered his trademark classical, balletic creations … but with a twist. Lending from the fuller styles and precise cuts of the 80s, Chad merged and modernised to deliver styles that emphasise natural beauty and femininity. His cheeky take on the past, using now-defunct video cassette tape, was well-received!

And finally, after a flurry of excitement and settling down it was onto the moment everyone was waiting for. 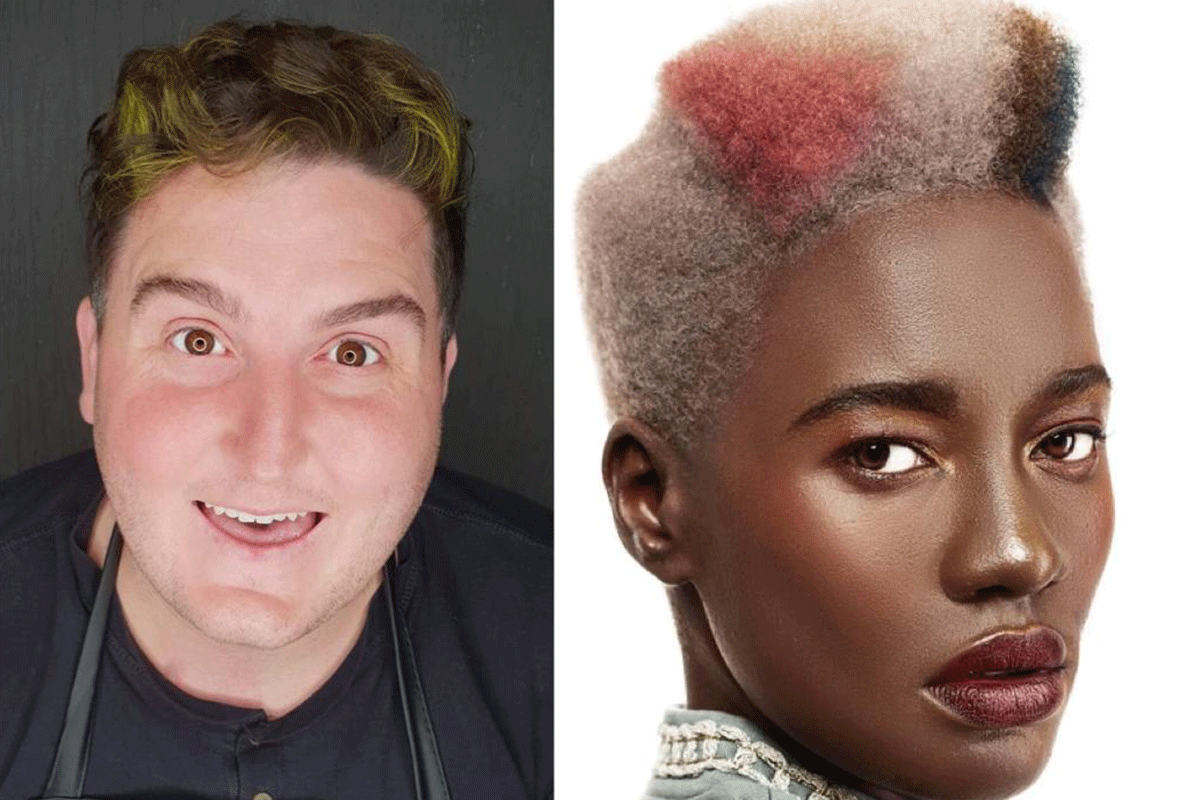 Charles Junior Louw, who was bronze finalist in last year’s colour category, was awarded the Creative Artist of the Year 2019. During a visit to Paris, Louw was struck by the shape and beauty of the modern, yet classical glass pyramid at the Louvre and the inverted triangle beneath the surface. Of his winning creation, he had this to say, “I saw the future that day. The pyramid was not an object, it was a shape I could interpret into a soft, striking, modern and edgy hairstyle.” Louw attributes his vision to Stephen Moody, “He inspired and changed my life at a Wella workshop I attended in 2018. He taught me to look and to use what I see to create!” 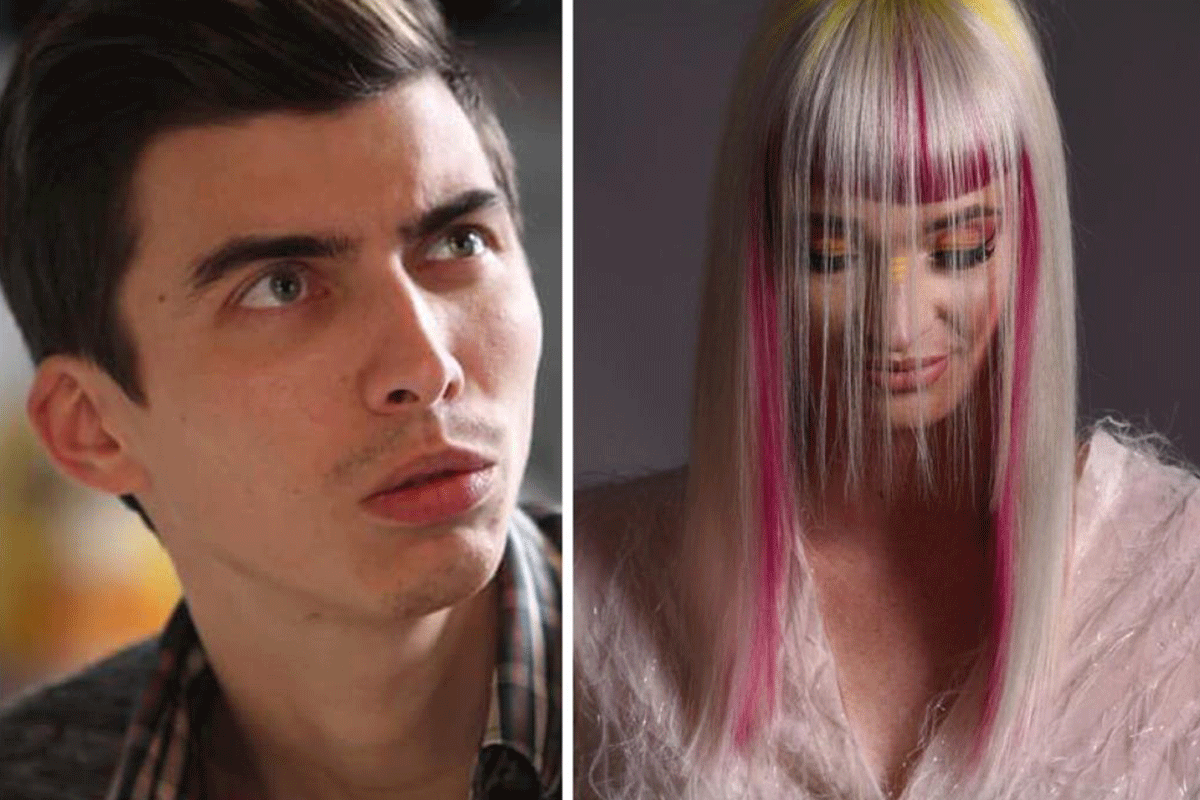 Florin Neacsu is no stranger to winning. He reprised his 2017 achievement by taking the title Color Artist of the Year 2019. The colours of his delicate creation were inspired by tropical pink and white frangipani blooms he encountered in Ubud, Bali. “Nature inspires me. The Banyan tree found in Ubud gave me the inspiration for the swaying veil above the fringe to create the overall softness of the style.” Neacsu planned and prepared his entry over a long period. At first, he practised on doll heads, then he adjusted his thinking and techniques and performed trials on his model before submitting his final entry. His winning work includes three colour techniques: freehand, block colour and contrast framing.

American author Zig Ziglar sums it up, “You were born to win, but to be a winner, you must plan to win, prepare to win, and expect to win.”

Thank you to all who attended and took part in this inspiring and creative event.